Where is the Best Place for Online Catholic Dating?

Dating can be both hard and stressful. Feeling like you have to be in the right place at the right time to meet the man or woman of your dreams is a lot of pressure. Over the last few years, websites and apps have revolutionized the dating world and thousands of couples have found love this way. Online dating lets you be in the "right place" all the time and takes away some of the fear that you've missed an opportunity to meet your perfect match.

For individuals wanting a partner with similar Catholic values and beliefs, specific online dating sites exist to help them find each other. This is a great way to narrow down the pool of dating prospects to find someone who shares your Catholic faith and is looking for commitment. Rather than relying on school, church, or work to find dating opportunities, individuals can see hundreds of men and women online who fit their criteria and connect right away.

If you're looking for dating opportunities with other Catholic singles, it's likely that you've been referred to or heard of CatholicMatch. Their membership numbers are unequalled by their competitors. Their focus on serious relationships and emphasis of the values of the Catholic faith have helped thousands of couples find love. CatholicMatch has earned our highest rating among Catholic dating sites.

Since 1997, Catholic Singles has been helping devout Catholics connect with others to find a sense of community and have dating options. Their large membership base spans all ages, making this a good place for people to find a variety of potential partners. Focusing on personalities and hobbies is emphasized rather than just browsing through pictures. We recommend this as a good option for online Catholic dating.

Catholic Chemistry is a modern dating site for millennials, Gen X and baby boomers. The service was developed by Catholics for Catholics. Catholic Chemistry helps singles find other devout members of their faith with a modern interface. Individuals can start using their services for free, but have to create a membership to find out the post-trial cost.

Ave Maria Singles is a site for devout Catholics who believe 100% of the church's teachings. Their one-time subscription allows users lifetime access to their site. We were not able to view photos or a demo of the online platform to see what the user-experience is like. They also receive some unfavorable feedback from people who have used their dating site and claimed low membership and lack of serious users.

Catholic People Meet is a site for individuals to meet each other whether it be for a romantic relationship or just a casual friendship. There is not much of an emphasis on religion, so if you're looking for a partner who is rooted in Catholicism, it will be hard to gauge their devotion here. We also found that membership on Catholic People Meet is sparse, so you'll find better luck with a higher-rated dating site.

Catholic Mates is an outdated site that provides basic messaging services to connect you to other members. The emphasis on the Catholic faith is weak here, making us think that the likelihood of finding a devout, practicing partner might be more difficult with Catholic Mates than their competitors. The profiles and other features at Catholic Mates are text heavy, messy, and sometimes confusing. Therefore, Catholic Mates has earned our lowest rating.

You have easy online access at your fingertips to create a dating profile and begin connecting with others. Typically, the dating site will ask your age, interests, educational background, and more to give other users a general idea of who you are. You'll post pictures of yourself for members to browse and be able to browse the photos of others as well. The dating site might ask specifics of what you're looking for in a partner to try and match you with profiles that fit your interests.

Before choosing a Catholic dating site, we suggest you keep the following criteria in mind:

To help you identify the best Catholic dating sites, TopConsumerReviews.com has reviewed and ranked a variety of options. We hope this information helps you find your perfect match!

Absolutely! While new services are popping up every year, some of the most well-known Catholic dating sites have been around for more than 20 years.

Why would I use a Catholic-focused site instead of a general dating service?

For most devout Catholics, it's a must for their partner to share their faith. Although you might find singles who check the "Catholic" box on a general dating website, they may not be as orthodox or active as you're expecting. Catholic dating sites make it easier to find someone with the same beliefs and practices.

How many people use these sites?

Tens of thousands of people create profiles every year. Some sites even have page after page of "success stories": couples who have met through the service and found their "happily ever after."

How much does it cost to use a Catholic dating site?

That depends on the site you select. Most offer subscriptions that range from $9.95 to $29.95/month.

Are there any features I can use for free?

Most dating sites let you create a profile and view possible matches without paying for a membership. But, once you find someone you'd like to contact, you'll probably have to choose a paid plan.

Is it safe to use an online dating website?

Just like any other dating situation, you should be careful as you get to know people. Some Catholic dating services have helpful articles with advice on navigating the process safely.

Sometimes. A site might offer a "match guarantee", extending your membership at no extra cost if you don't find a good fit in the first six months. But, most services let you cancel your plan at any time, so you're not locked into your dating service if you don't like it - you just won't get a refund for the time you've already used it.

Is the Pope Catholic? Yes, there are many happy couples that got their start through a Catholic dating site. While YMMV ("your mileage may vary"), these services are worth taking a chance. You could be just a few clicks away from true love!

Why is Online Dating So Popular?

Who is Madonna Dating Is She Dating Anyone?

As a result of her mother’s death and her father’s subsequent marriage, Madonna underwent a profound transformation, becoming a rebel. She decided to forgo her college education and focus on a dancing ...

Who is Clare Crawley Dating Now? More About His Relationship Status

Us confirmed that Crawley and Moss' relationship hit a snag in January of 2021. He later admitted that they had broken up, but he couldn't say ...

A rep for St. Monica Catholic Church said they checked their records and Spears had never visited the church or asked to have her wedding there.

The Manti Te'o Netflix Doc is About More Than Just Catfishing

Former Heisman Trophy finalist Manti Te'o has heard all of the jokes, seen all of the memes, and (likely) cried all of the tears he could over being the first (and most famous) celebrity victim of ...

Catholicism is the new hip thing, partly as a rejection of progressive morality, partly as an aesthetic posture among the fashionable New Right.

The Catholic Church has a lot to answer for

When I was 11, my father traveled from Philadelphia to Florida for a job he never got. My family was already large: five people living on one floor of a row house with a breadwinner who had, alas, ...

By Christine Bordelon Clarion Herald For Peyton Mares, a 16-year-old Archbishop Rummel junior, cornhole toss is a big part of his life right now. The Kenner resident, who graduate ...

Where is the best place for online Christian dating? Regardless of your age or dating history, you've likely felt both the stress and excitement of trying to find your perfect match.

What's the best Online Dating Site? The dating scene has certainly changed over the past several years. 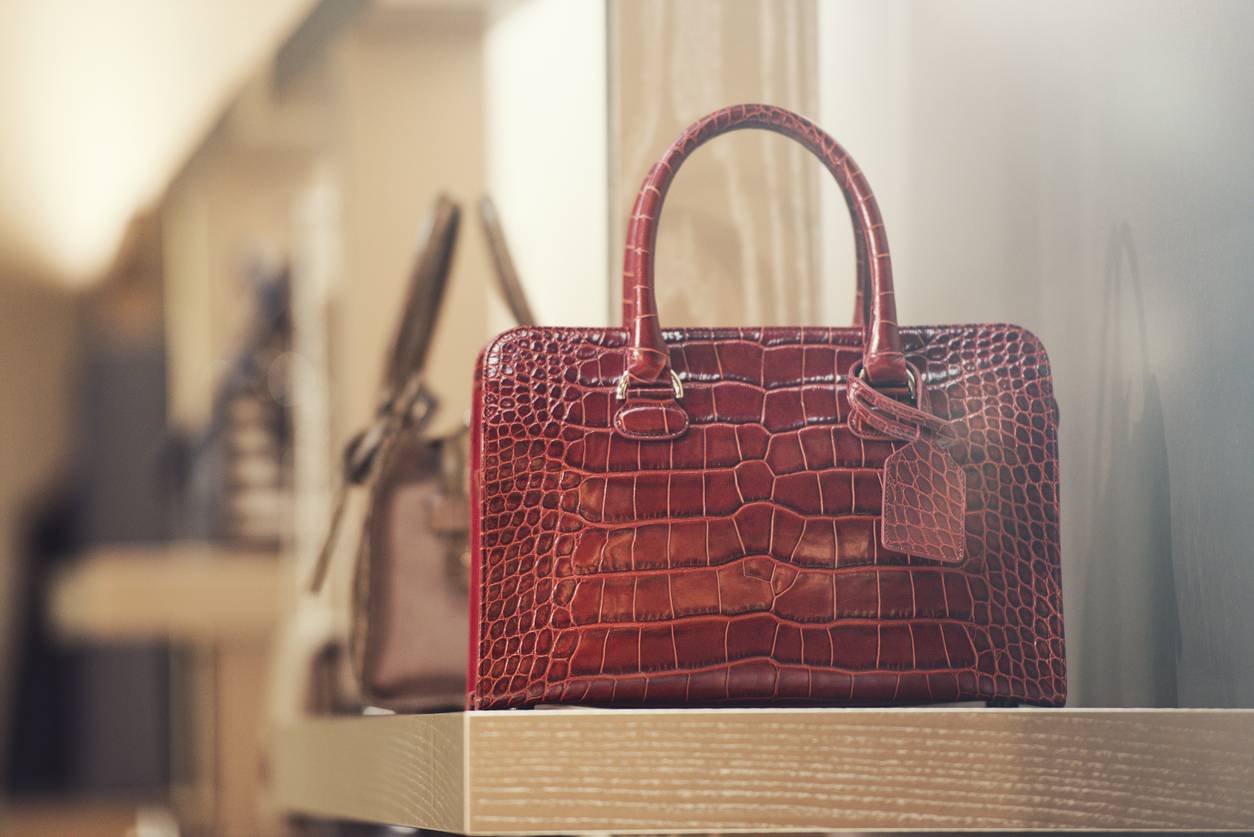 Where can you find the best Handbags? Whether you're a trendsetter on the lookout for the next hottest bag or looking for functionality over frills, online handbag shopping provides ...

What are the best Jewish dating sites? Whether you're young or old, divorced, widowed, or looking for a first-time relationship, dating can be stressful. 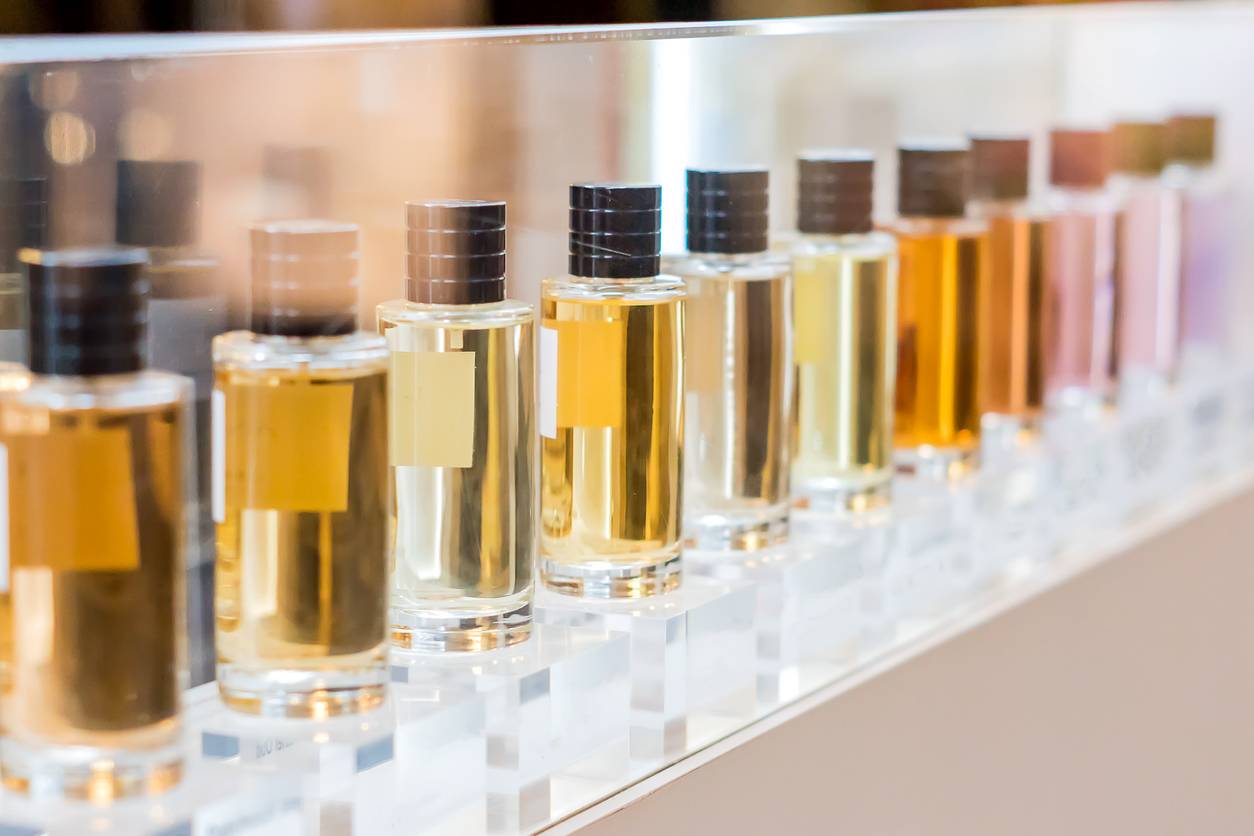 Where can you find the best teeth whiteners? In the past, the only way to eliminate years of coffee, wine and cigarette stains was by going to the dentist and spending a lot of money for ... 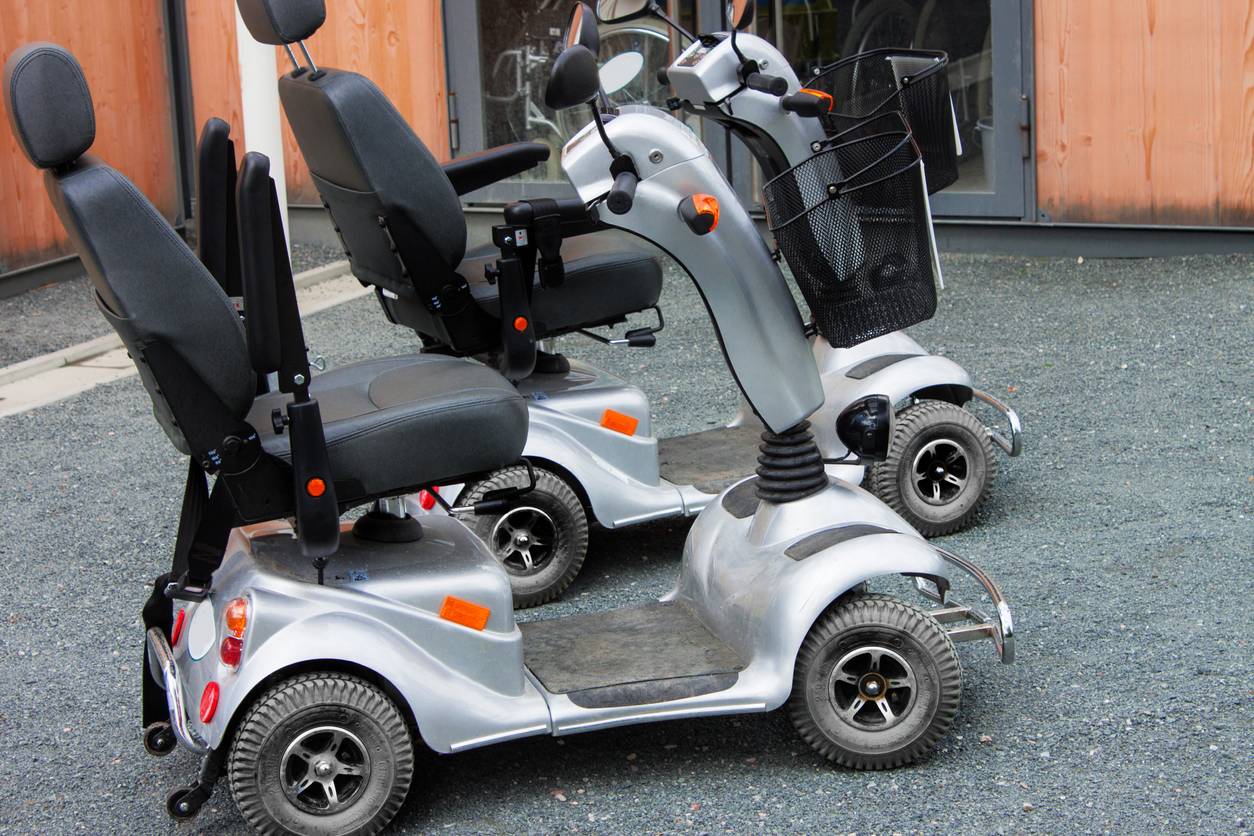 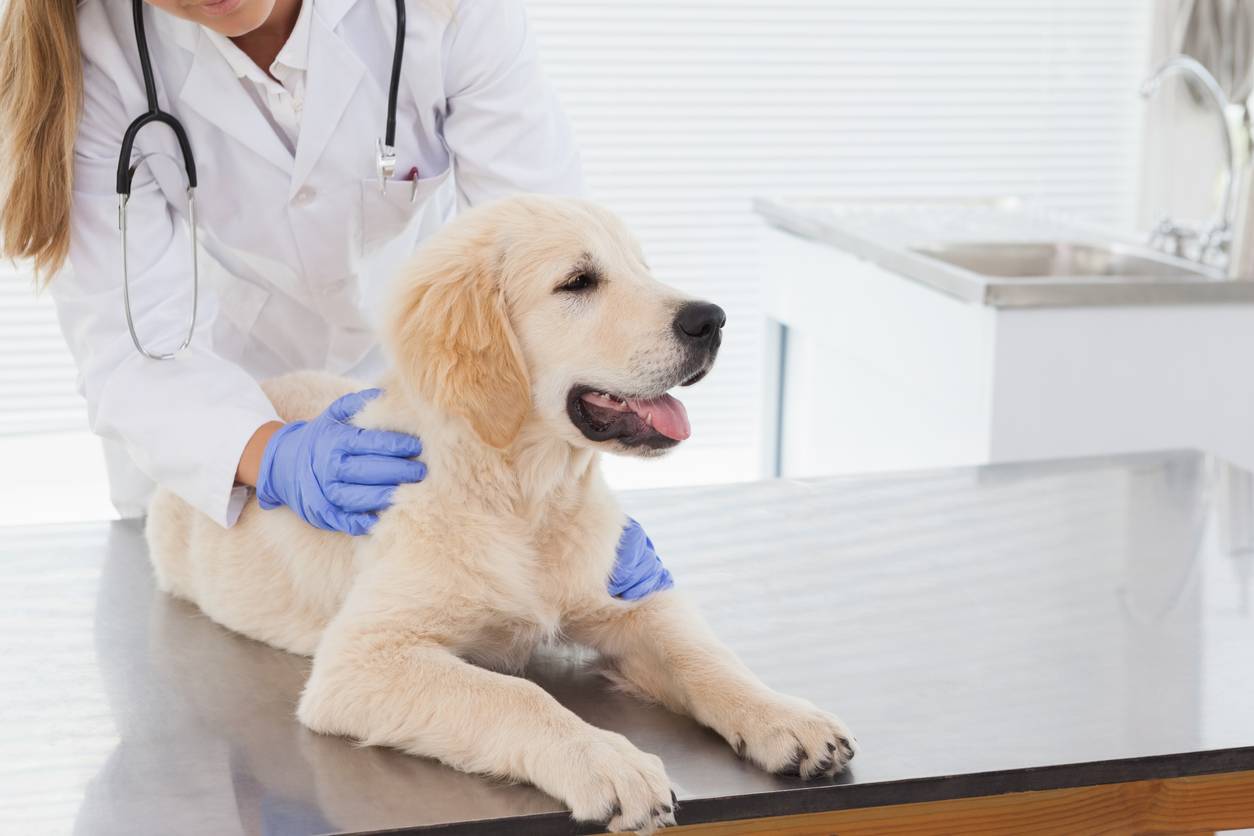 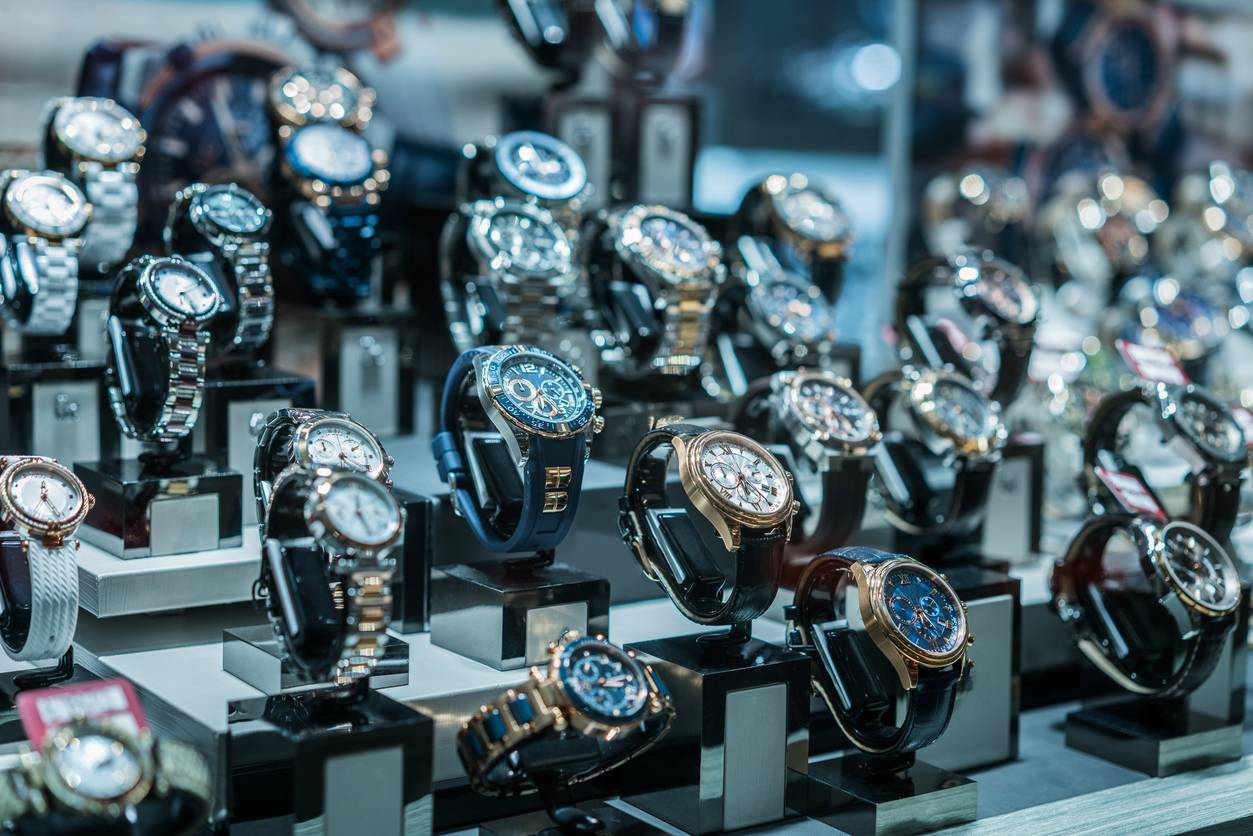