The ASL App is the creation of Ink & Salt LLC, a deaf-owned and operated company that specializes in digital publishing and creative productions. The company's goal is to "create connections between the non-signing community and the signing community" , and the app uses a dozen signers from a wide variety of backgrounds to give you exposure to many different ASL users as you learn. In 2021, The ASL App received a Webby Awards nomination and was ranked among the top 10% in the People's Choice category.

Easy to use on the fly

For anyone that wants to learn sign language on the go, The ASL App could be a solid fit. It's even designed to be used one-handed, so that you can hold your phone in one hand and sign with the other if you're trying to communicate with a deaf person. As you use the app, you can save any signs that you want to remember to practice (or any favorites), and the video can be paused or rewound if you need extra time or to see something a second time.

The ASL App has a fair amount of free content you can access by downloading it to your mobile phone: just visit the app store for your specific device. You'll get basics like Universal Gestures, Handshape Exercises, Colors, and several other topics. You can also pay for $0.99 downloads of content on topics like Family Signs, or with a one-time fee of $9.99 you'll get the entire library.

Unfortunately, users seem to have a love-hate relationship with The ASL App. On the Google Play Store alone, the five-star raves were dead even with the one-star rants and just a handful of 2- to 4-star ratings in the middle. Fans of the app say that it's fun and easy to use, and that it provides a great value. On the other hand, negative reviews frequently mention glitches in both the free and paid content, too many downloads, and less-than-intuitive controls. 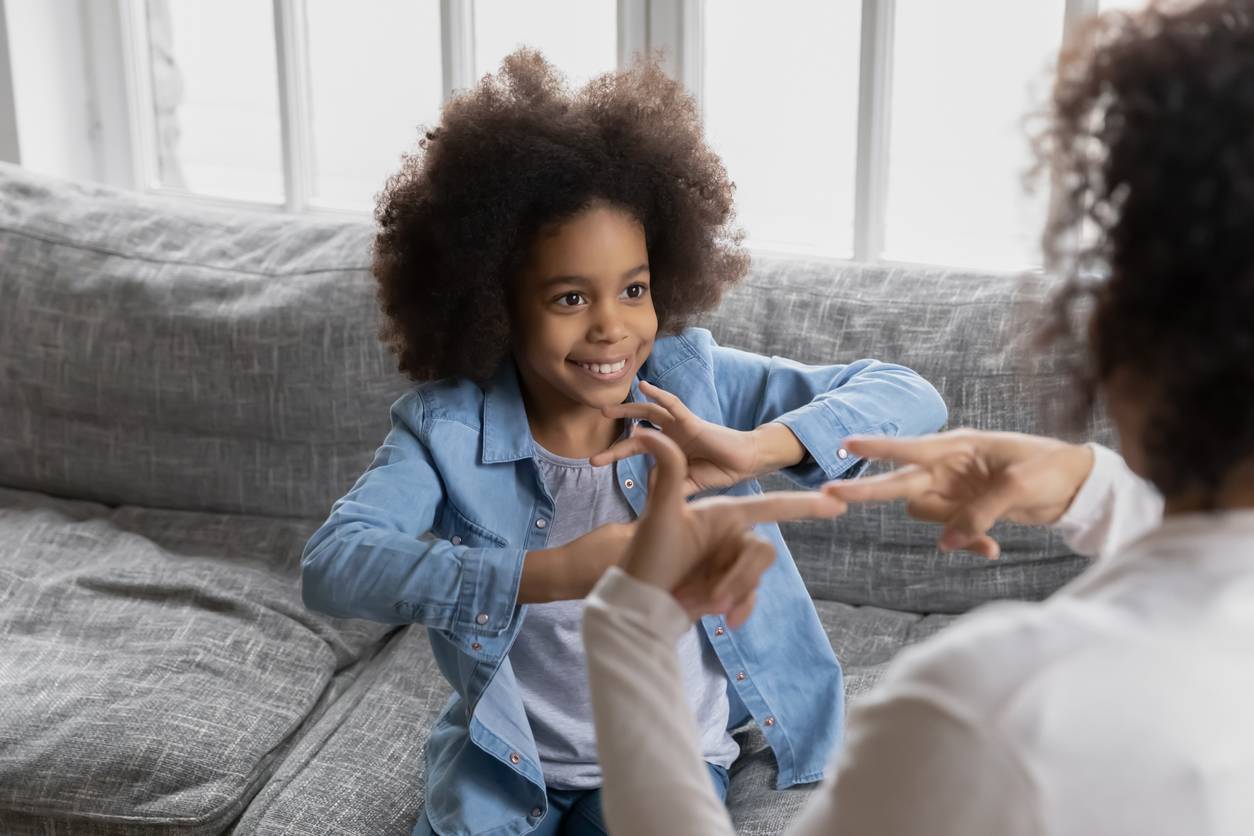 Even more troublesome were the handful of comments we found from users claiming to have advanced knowledge of ASL (like interpreters and so on) that said many of the signs featured on The ASL App were off or flat-out incorrect. In any language, that's no bueno. And, as far as we can tell, there's no way to get your money back if you've paid for the downloadable content - short of filing a complaint with the Apple App Store or Google Play or a dispute with your credit card company (but you shouldn't hold your breath on either of those).

We're also not sure how much support you'll get with your app on either platform. On The ASL App's social media channels, it seems like the company earned their Webby Award and then promptly disappeared: there are no more posts on their Facebook account, the site link to their YouTube page is broken, and their Instagram and Twitter feeds were only slightly more active but still not posted to on a consistent basis.

Don't pay until you've used the free version a while

For all of these reasons, we think your best bet is to try The ASL App strictly for the free content. Use it for several weeks (or longer) and see if you encounter any of the technical problems mentioned by other people. By then, you'll have a clearer idea how this app works and whether or not it feels right for your needs. Granted, $9.99 is pretty cheap no matter how you look at it (especially compared with other sign language lessons that charge you by the month), but take the time to see if this service actually functions properly before buying full access.

Where Can You Find the Best Sign Language Lessons?

Whether you're interested in connecting with people in the Deaf community, trying to communicate with a non-verbal child, or facing hearing loss yourself, you're in good company. It's estimated that over 500,000 people in the US and Canada use American Sign Language (ASL).

If you're hoping to learn to sign, it's important to choose lessons that teach not just the signs themselves but also about Deaf culture and the differences between ASL and English. (It surprises many people when they learn that they don't correspond in a 1:1 fashion. In fact, ASL often uses a completely different word order, and facial expressions are a critical component of using ASL fluently.

According to the Communication Service for the Deaf, around one million people use American Sign Language (ASL) as their primary means of communication in the US and Canada. There are also approximately 16,000 people in the US who serve as interpreters with sign language.

Yes, because there is no universal sign language. Even among countries where the same spoken language is used (like Australia, England, and the United States), sign language users from different nations may not understand each other. There are also three different primary forms of sign language within the US: ASL, Pidgin Signed English, and Signed Exact English, with ASL being the most commonly used.

ASL has its own structure and is a language in its own right. The visual component of sign language means that the hands, arms, face and head are all used to convey meaning in ways that aren't an inherent part of spoken English. Also, many of the grammatical constructs common to English (like pluralized nouns and articles like "a" and "the" ) don't exist as words within American Sign Language.

How long will it take to become fluent in sign language?

You might think that sign language will be easy to learn quickly, because it seems similar to English. Experts say that's a misconception: expect it to take 2-3 years of regular study to get to an intermediate level of fluency, and an additional 2 years of interpretation training if you want to reach full fluency.

No. Some people use sign language to teach basic words and concepts to their babies, like "more" and "all done", before the children are able to talk. Sign language can also be used by people who are non-verbal. And, many learners like studying ASL just for the enjoyment of it!

Finding a sign language class near you might be difficult. While there are often beginner courses taught at libraries and community centers, or offered by colleges and universities, you might not be able to find lessons near you - or ones that fit your schedule and budget. The nice thing about online sign language lessons is that you can learn at your own pace. Need to watch the instructor do each new word or phrase 20 times before you feel you've got it? No problem!

Not necessarily. Some providers of ASL instruction charge a one-time fee for books, videos, and/or downloadable materials, while others operate on a month-to-month subscription basis for access to online coursework. Both approaches to sign language lessons are affordable, and are usually much less costly than paying for classes at a college or university.

Can I get a refund if I don't like the program I choose?

Sometimes. It depends on where you buy your sign language lessons. We recommend that you see what each course offers as a preview before you sign up, whether that's a demo lesson, downloads of sample coursework, or a free 7-day trial. The more you know about how the lessons are taught and what's covered beforehand, the easier it will be to determine which ASL coursework is right for you.

Sign language lessons that include different instructors can help you see that individuals often have their own unique way of signing - just like someone from the South has a spoken accent that's very distinct from a New Yorker. Going back to the question of where to learn ASL, it might be possible to find classes nearby at a community college or even a library. Will they fit your schedule? Your budget?

Maybe, maybe not. Fortunately, there are many providers of sign language lessons online that let you study at your own pace, any time of day or night. (And hey, unlike other language lessons, you don't have to worry about disturbing people as you practice ASL in a quiet public place!)

What should you look for as you choose where to take sign language lessons through the internet? Here are some suggestions that can help you narrow down the options:

TopConsumerReviews.com has reviewed and ranked the best Sign Language lessons available today. We hope these reviews help you open new doors of communication as you learn to sign fluently in ASL right away!

Smiles Behind the Shield: Officers reach out to community by learning ...

It’s a new year to thank first responders with our Smiles Behind the Shield Award. For the first month of the year, WKRG is honoring two Daphne Police Officers ...

Australian sign language is one of the new courses that will be offered by Deniliquin U3A in term one of this year.

Southeast Tennessee residents can still sign up for American Sign Language courses, which start this Saturday, January 21. Chattanooga organization Soft Animal, which launched out of The Company Lab’s ...

Could USD 501 get an American Sign Language school? Officials will ...

With International Baccalaureate designation, Topeka USD 501 would formalize American Sign Language and Spanish instruction at two of its elementary schools.

Katie Littlejohns hit out at an 'insulting' Government response to her petition which said it had 'no plans' to introduce free courses ...

A Sign Language company is starting to hold classes in Swindon to better their sign skills. Oxfordshire-based Sign Together UK will be launching their new BSL Level 1 and 2 Courses at the Wyvern ... 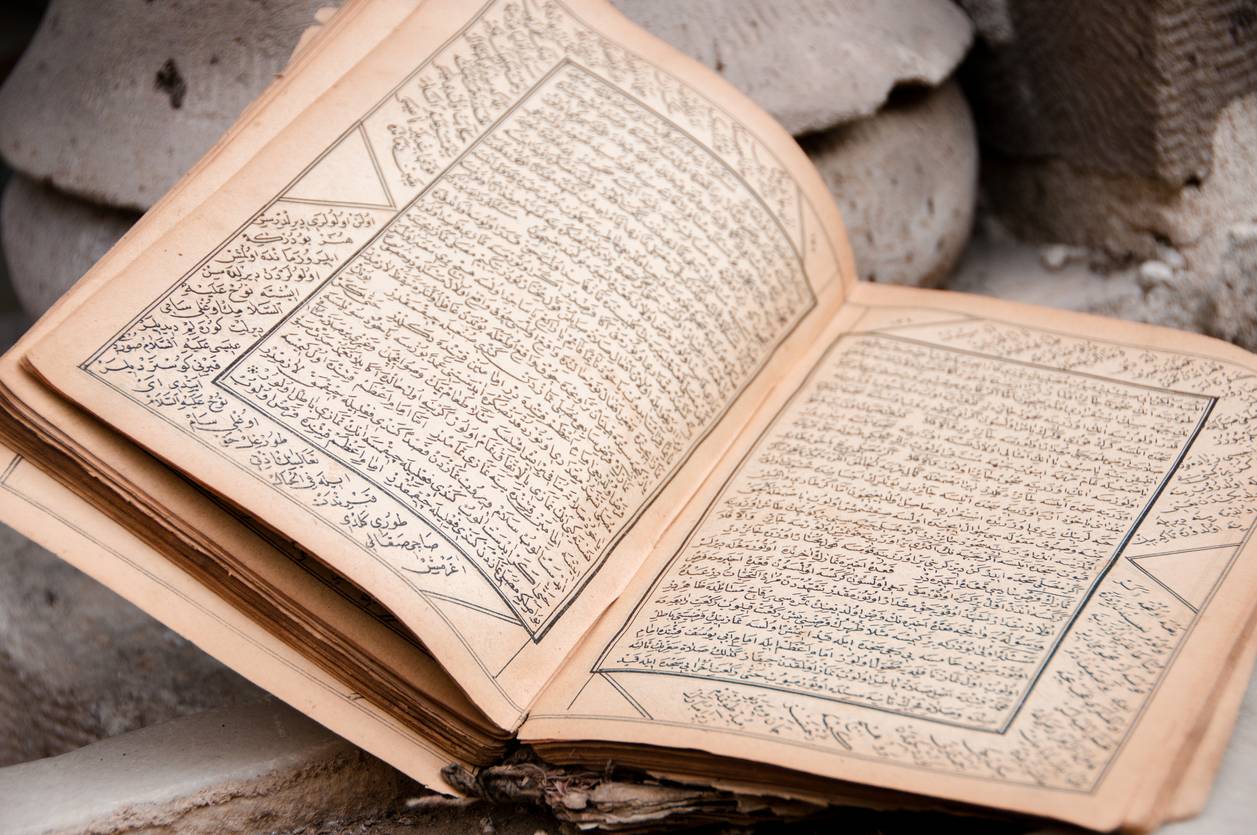 Where can you get the best Arabic lessons? If you've tried to find classes near you, you already know that it's a challenge. 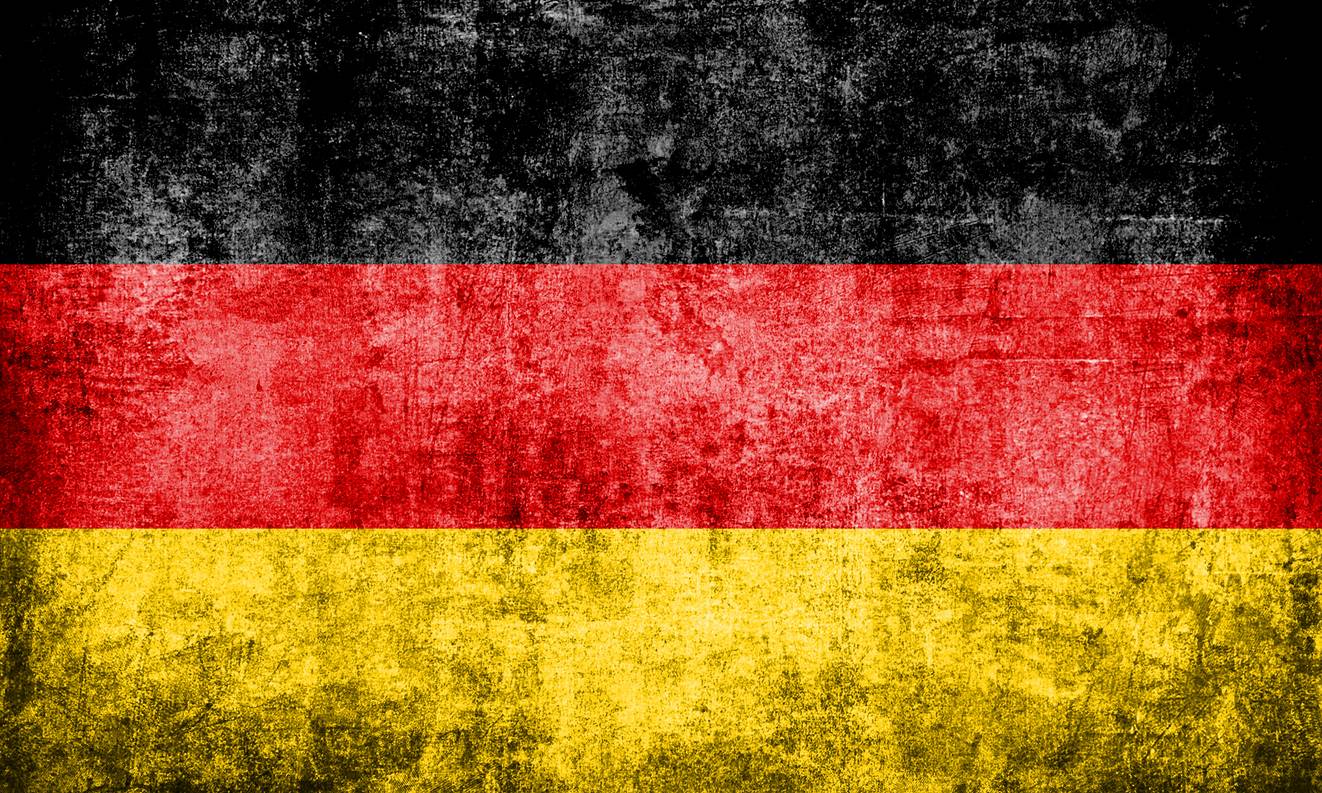 Where can you find the best selection of homeschool supplies? Homeschooling is on the rise in the United States, with an estimated 2.5 million students - and those numbers growing anywhere ...

Where can you get the best Korean lessons online? The language is surging in popularity: just look at the number of K-Pop songs on Spotify and the K-dramas on your favorite TV streaming ... 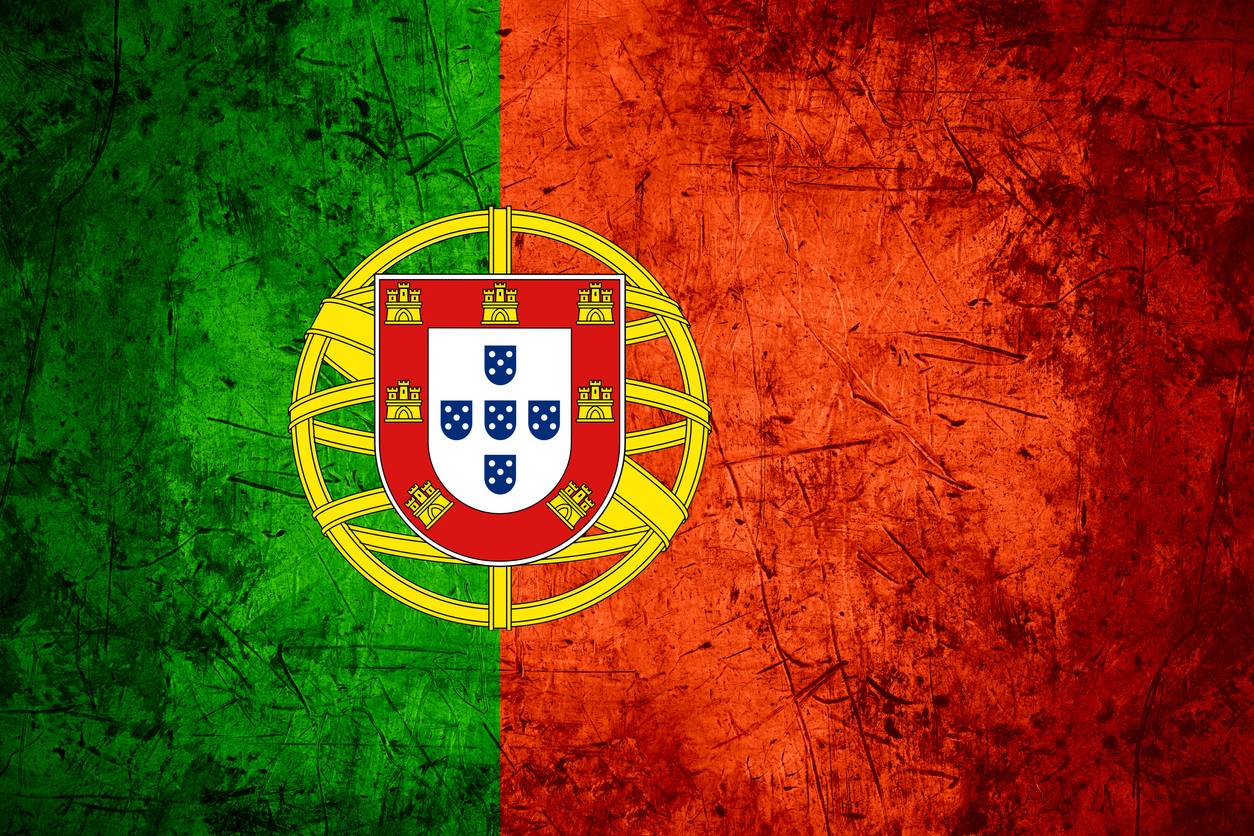 Where are the best Portuguese lessons? Maybe you're enchanted by the images of carnaval and your dream is to see it in person someday. 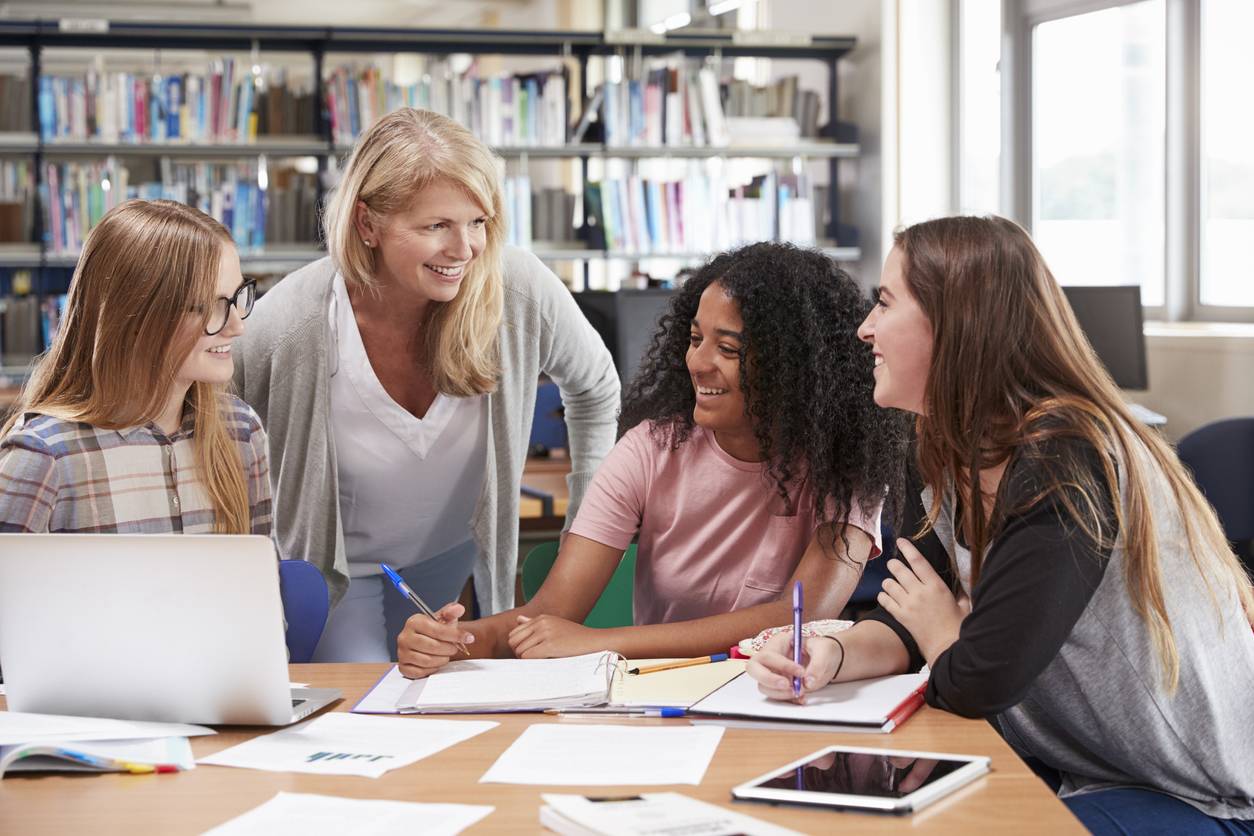 Where is the best place to find a tutor? People of all ages can benefit from the one-on-one help from a tutor. 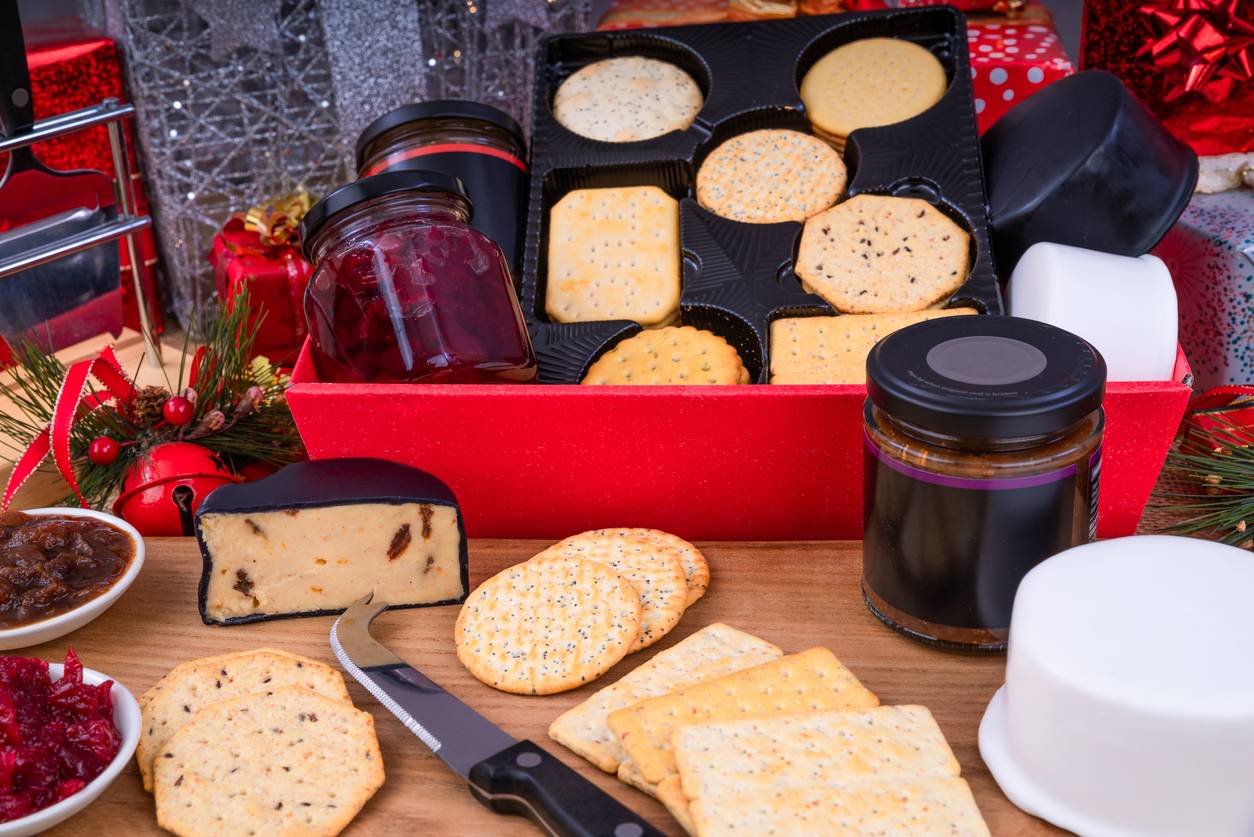 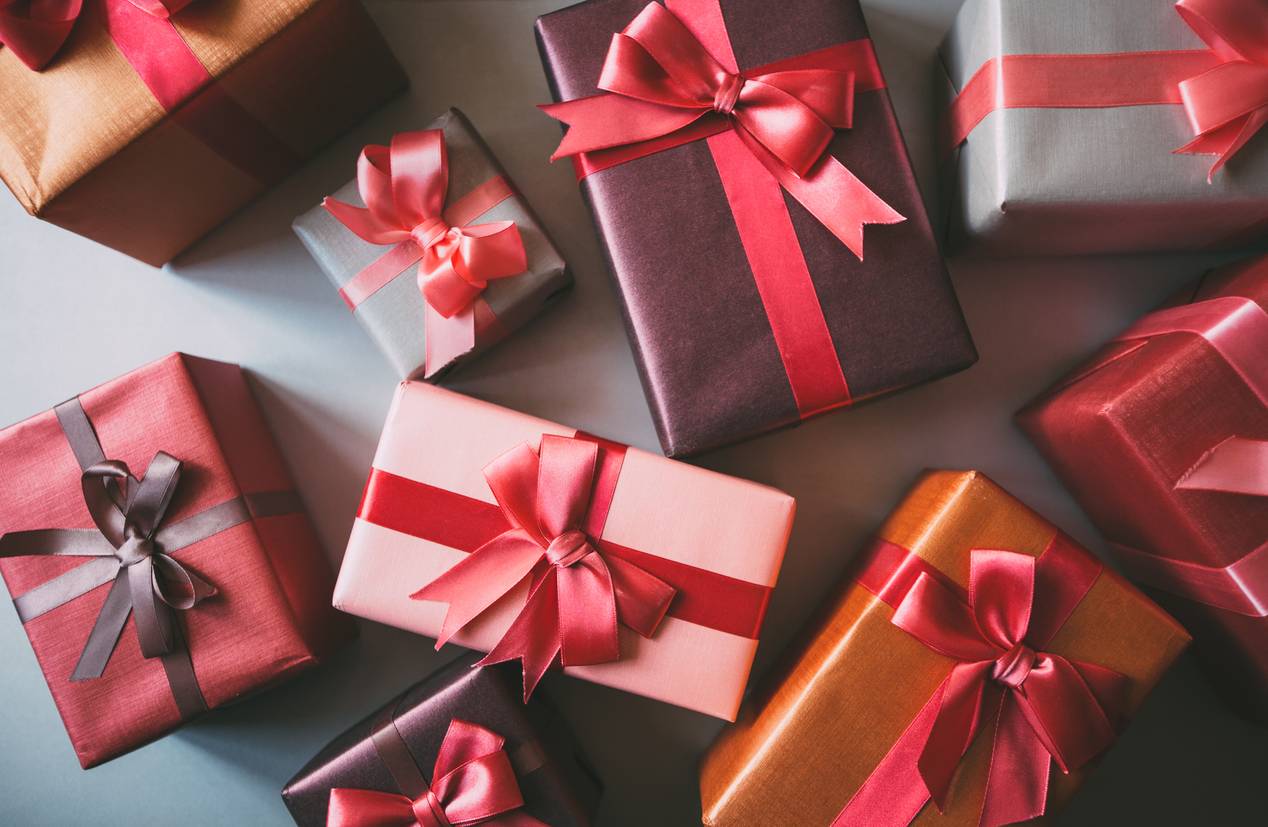 Which online tax preparation service is the best? Not very long ago, taxpayers had to sift through mounds of confusing paperwork to file their taxes, or hire an expensive professional tax preparer.